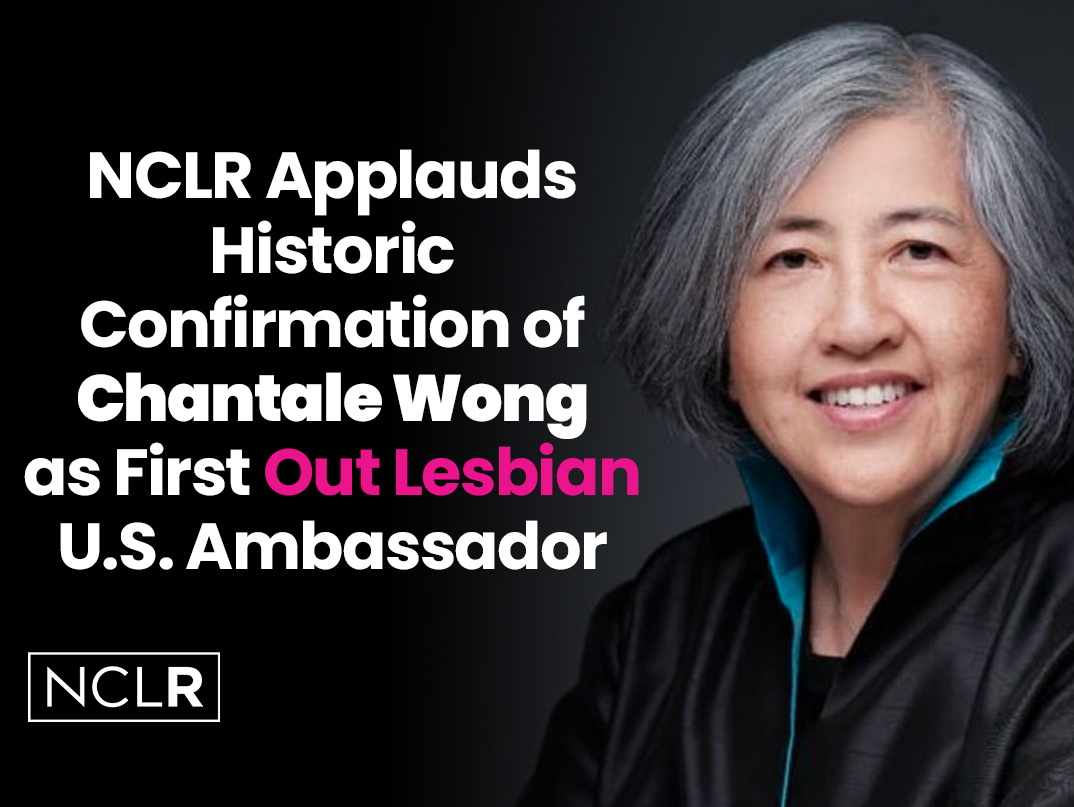 Today, the United States Senate voted 66-31 to confirm Chantale Wong to serve as the Director of the Asian Development Bank (ADP). The historic and bipartisan vote makes Wong the first openly lesbian – and first LGBTQ person of color – confirmed to an ambassador-level role in the history of the United States.

“When President Biden took office a year ago, he pledged to transform the Executive Branch by including appointments that reflected the full diversity of our great nation – including people of color and members of the LGBTQ community. From appointing Secretary Buttigieg and Admiral Rachel Levine – the first Senate-confirmed openly gay and transgender cabinet-level appointments respectively – to today’s confirmation of Ambassador Wong, it is clear that President Biden is intent on fulfilling that promise.

While there is still much work to be done on elevating LGBTQ nominees to federal judicial roles, we are heartened to see LGBTQ individuals finally being represented in the highest levels of government for the first time in history.”

The National Center for Lesbian Rights (NCLR) is a national legal organization committed to advancing the human and civil rights of the lesbian, gay, bisexual, transgender, and queer community through litigation, public policy advocacy, and public education. Since its founding, NCLR has maintained a longstanding commitment to racial and economic justice and the LGBTQ community’s most vulnerable. http://www.nclrights.org