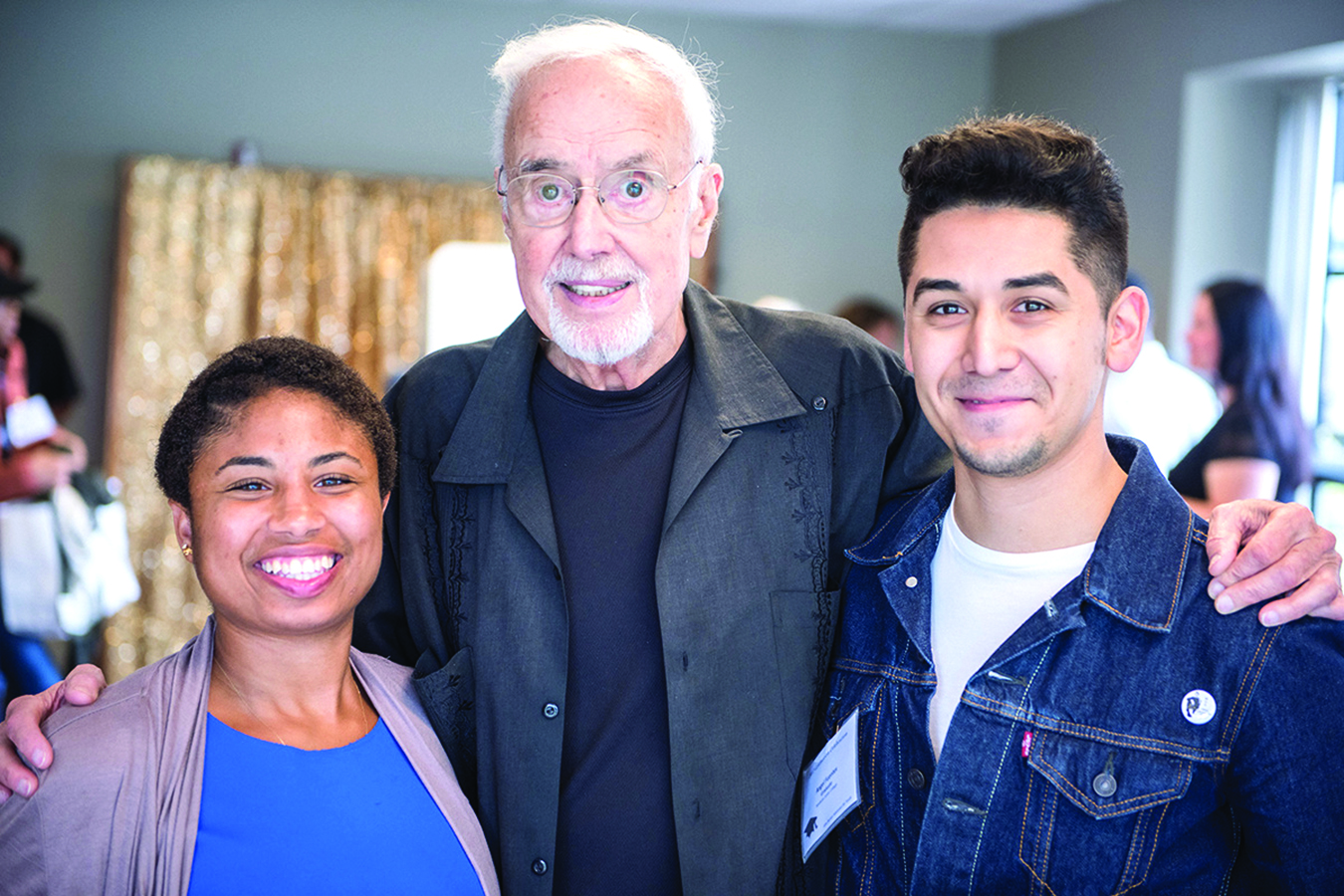 What if you could invest in an organization that, with an annual budget of $2 million, has produced $3.3 billion in new support for California’s most vulnerable youth over the past 17 years?

John Burton Advocates for Youth – or JBAY for short – is it.

Founded in 2004 by John Burton, a former state assemblyman, state senator and congressman from San Francisco, JBAY is laser-focused on policy, evaluation, and research in service of supporting California’s foster and homeless youth. Based in San Francisco, JBAY has been the driving force behind countless state bills and public partnerships that have helped foster youth gain safe housing, food security and access to post-secondary education. With statistics showing that foster youth are much more likely than their peers to struggle during the fitful transition into adulthood, JBAY-linked programs have been a lifeline for many thousands of young people.

Just ask Luz Hernandez. In an interview, Hernandez says that she was brought to San Francisco by her father when she was 14, forced to work 12-hour days in a laundry and bakery while her father pocketed the money. While still a minor, her father went back to Central America, leaving her homeless in a public park with no money.

Luz was fiercely determined, dreaming of the chance to attend college. And JBAY was there, supporting her as a Guardian Scholar at San Francisco City College; getting her textbooks through the Burton Book Fund; and perhaps most importantly, finding her stable housing so she could turn her attention to school.

“When I started at City College I was living in a garage, under terrible conditions, and working two jobs even to make that happen,” Luz says. But getting secure housing “changed everything. Simply having a roof over my head meant I could pass my classes without having to constantly worry about becoming homeless again.”

Luz eventually graduated with honors from SF State, and was admitted into the Master in Social Work program at U.C. Berkeley. She is currently a housing case manager for homeless youth in San Francisco, using the webinars and other resources that JBAY created to reach homeless foster youth like herself.

Amy Lemley, JBAY’s executive director, is immensely proud of Hernandez. “So many of our foster or homeless youth have a strong drive to succeed, and I feel we have the responsibility to meet them halfway,” Lemley says.

And how should society do that? “I’ve always believed in the transformative power of government,” Lemley explains. “This isn’t the time to be ambivalent about the power of the public sector.”

Through 2022, JBAY will push hard to extend state support of foster and/or homeless youth in college, advocating for policies and rules that don’t disadvantage young people who have already suffered so much.

“When we as a society put these supportive policies in place, foster youth can make great things happen.”

John Burton Advocates for Youth improves the quality of life for youth in California who have been in foster care or homeless by advocating for better laws, training communities to strengthen local practices and conducting research to inform policy solutions.

I am very grateful to have access to a foster youth program at UC Berkeley, which helps me stay on track, even when times get tough. Thanks to JBAY, foster youth across California will receive more of the support we need.

JBAY is launching a tribute fund in honor of the legacy of John Burton, who dedicated his life to serving those most in need. In the short term, the fund will be used to give foster youth, who were hurt financially by the pandemic, the resources to get back on track, including helping them attain a college degree. Through JBAY’s legislative efforts, the amount of foster youth enrolled in community college has skyrocketed from 26,000 five years ago to 42,000 today.

“Let’s not lose faith; positive change is happening every day,” says Amy Lemley, JBAY’s executive director. “We are launching the most vulnerable young people into an economy where they are going to create a life for themselves.”