Doing the Hardest Jobs to Help California and Its Unhoused Residents 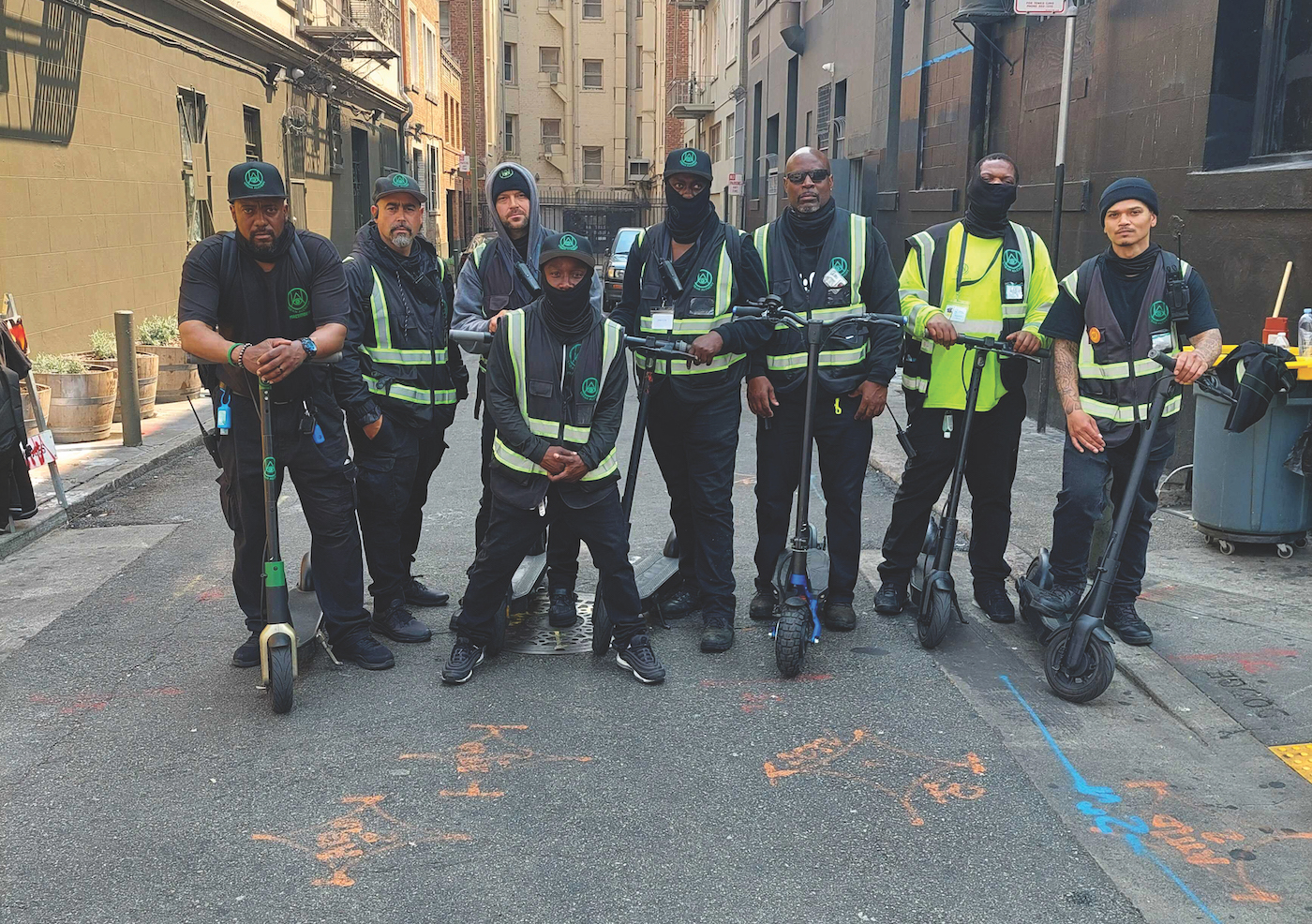 If you drive through the Tenderloin, a rough-and-tumble part of San Francisco where California’s income inequality gap is on full display, you’re sure to notice Urban Alchemy employees in their black and green garb on nearly every corner, ensuring the neighborhood is safe, the streets are clean, and the people there are offered services and dignity.

“We’re managing these places that have become untenable – where cities have lost control – and making sure that everything is cool,” Urban Alchemy’s Executive Director Lena Miller says. “And it ain’t easy.”

Miller founded the nonprofit Urban Alchemy in 2018 with the mission of cleaning up impoverished urban areas that have become intersections of homelessness, mental illness, and drug use. Urban Alchemy has become a veritable army of formerly incarcerated and unhoused individuals who were once overlooked by employers, but now staff bathrooms, showers, and the city’s three “safe sleeping villages.” They’re also in the public library managing the bathrooms and indoor spaces, and in Los Angeles running villages of tiny homes and piloting outreach programs on the streets of Venice and Hollywood.

With the Bay Area and the state in the midst of a homeless crisis, Urban Alchemy has emerged as the go-to organization for cities and businesses to call upon when they want the street cleaned and chaos managed.

“We have this huge, huge problem and no one knows how to deal with it,” Miller, who grew up in San Francisco’s Hunters Point, says. “Urban Alchemy, at the least, looks at the problem unflinchingly and tries to sort it out.”

To Miller, that could be giving people a shower, access to a toilet, or getting them to move from an alcove or sidewalk into a sleeping village, city-sanctioned tent encampments where people who have endured the trauma and ravages of the street can find the starting point to safety and calm.

On any given day, Urban Alchemy workers deal with a host of challenging situations: people yell at them, physically attack them, and sometimes they have to revive people from drug overdoses. They interact with society’s most vulnerable, people who are under distress, have histories of severe trauma, and live day-to-day in survival mode.

The job isn’t for the faint of heart; no ordinary civilian could handle it, Miller explains. To get the work done, she hires formerly incarcerated people who have spent years behind bars, equipping Urban Alchemy’s fast growing workforce with a unique social and emotional intelligence to accurately read situations on the street and de-escalate them before things get out of hand, she says. It’s truly a gift, she adds, and it’s the secret to Urban Alchemy’s success.

We aim to raise the vibrations in urban spaces – and save the lives of those who exist on their streets.

After having spent most of my life incarcerated, I am so grateful for the opportunities that Urban Alchemy has given me. I have been allowed to grow and advance. I have been able to truly give back for the first time in my life. I cannot think of another company that would have done this.

Urban Alchemy is seeking support for its campaign to hire more people who have been incarcerated to help unhoused residents and keep neighborhoods safe and clean. For formerly incarcerated people with people skills, emotional intelligence, and empathy, Urban Alchemy provides a living wage and excellent benefits.

“Your support will help Urban Alchemy develop more jobs, uplift more neighborhoods, and provide complementary strategies to policing,’’ says Bayron Wilson, co-founder and Chief Operating Officer, who was once incarcerated. “It’s a revolutionary and simple idea, but nobody thought of it before. Urban Alchemy has turned the whole notion of incarceration on its head.”

In the midst of an unrelenting homelessness crisis, Urban Alchemy is forging a hopeful path. You can join them.