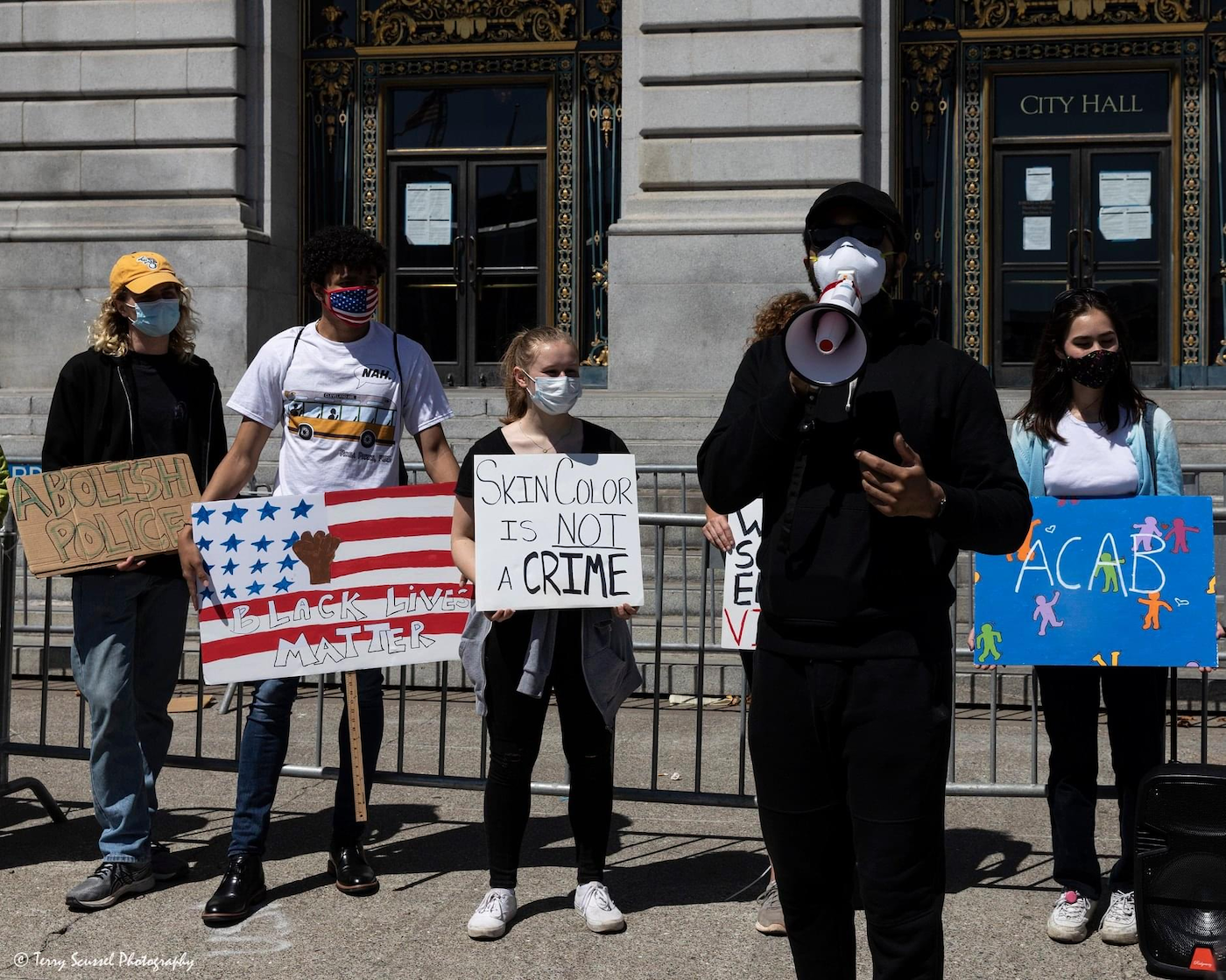 Theo Ellington grew up in San Francisco’s Bayview-Hunters Point Neighborhood in the 1990s and 2000s. Then and now it remains one of the city’s most economically depressed areas, a densely populated, largely Black, working-class district hit hard by the postwar decline of shipbuilding and industrial manufacturing in the Bay Area. But Ellington loved the Bayview and San Francisco.

“I realized the conditions in Bayview were not normal for young people like me,” Ellington says. “My walk to middle school was marked by balloon shrine after balloon shrine to young Black males who fell victim to gun violence. My childhood was spent trying to understand the socioeconomic conditions in my neighborhood, but I was able to venture out and grew to love everything in the city.”

Ellington’s grandfather came to Bayview from Mississippi and as a construction worker was able to build a home for himself and his family.

“He rubbed his pennies together and bought a house for all his family,” Ellington says. “My dream is to do that for San Francisco. This city has turned into a city for the wealthy, but with the right organizing we can make sure everyone can earn an honest living and own a home in a city like San Francisco.”

A veteran community activist, Ellington, along with Sarah Richardson-Baker, Cassandra James, and other activists founded Black Citizen in 2020 as a response to the murder of George Floyd.

“I was struggling with what to do, how to respond, and where my place was in America as a Black man,” Ellington says. “My first response was to write an open letter to my son. The gist of that letter was to never apologize for who you are and to wear your Blackness proud. I also realized I had to start organizing.”

The goal of Black Citizen is to provide a platform that empowers people to create a movement for change and reform in the Bay Area.

“We offer micro grants and leadership coaching for emerging community organizers in the Bay Area.”

So far, Black Citizen has received crucial startup grants from the Walter and Elise Haas Foundation, the San Francisco Foundation, as well as funding from Salesforce and a few small family funds.

“We anticipate funding around health and wellness, education, the arts, and the general idea of advancing Black lives. There is a huge disconnect between funders and organizers on the ground in their communities. We are hoping to provide that middle ground. Bridging the gap is something that is super important to me,” Ellington says.

Black Citizen was born out of a desire to attain justice and equality for Black people living in the Bay Area. We are a social impact startup whose mission is to create impactful change and to transform the way we react and respond to concerns facing Black communities. Black Citizen invests in community-led initiatives and small non-profit organizations that empower Black lives by harnessing the energy and urgency of today’s social justice movements to create, scale, and sustain social and economic power to advance Black lives in Bay Area communities.

I was struggling with what to do, how to respond, and where my place was in America as a Black man. My first response was to write an open letter to my son. The gist of that letter was to urge Lennox, to never apologize for who you are and to wear your Blackness proud.

Build a Movement of Changemakers in the Bay Area

Black Citizen is dedicated to training young community organizers and facilitating movement building and social change throughout the Bay Area.
With additional fundraising, Ellington hopes to hire five organizers and provide them with professional leadership coaching.
“If we set up this mechanism right,” says Ellington, “these organizers will be the next leaders of the high-profile projects and orgs we will see in the headlines.”
To get involved with Black Citizen, and to learn how to donate, please visit blackcitizen.org.