Protecting Rights and Saving Lives Around the World 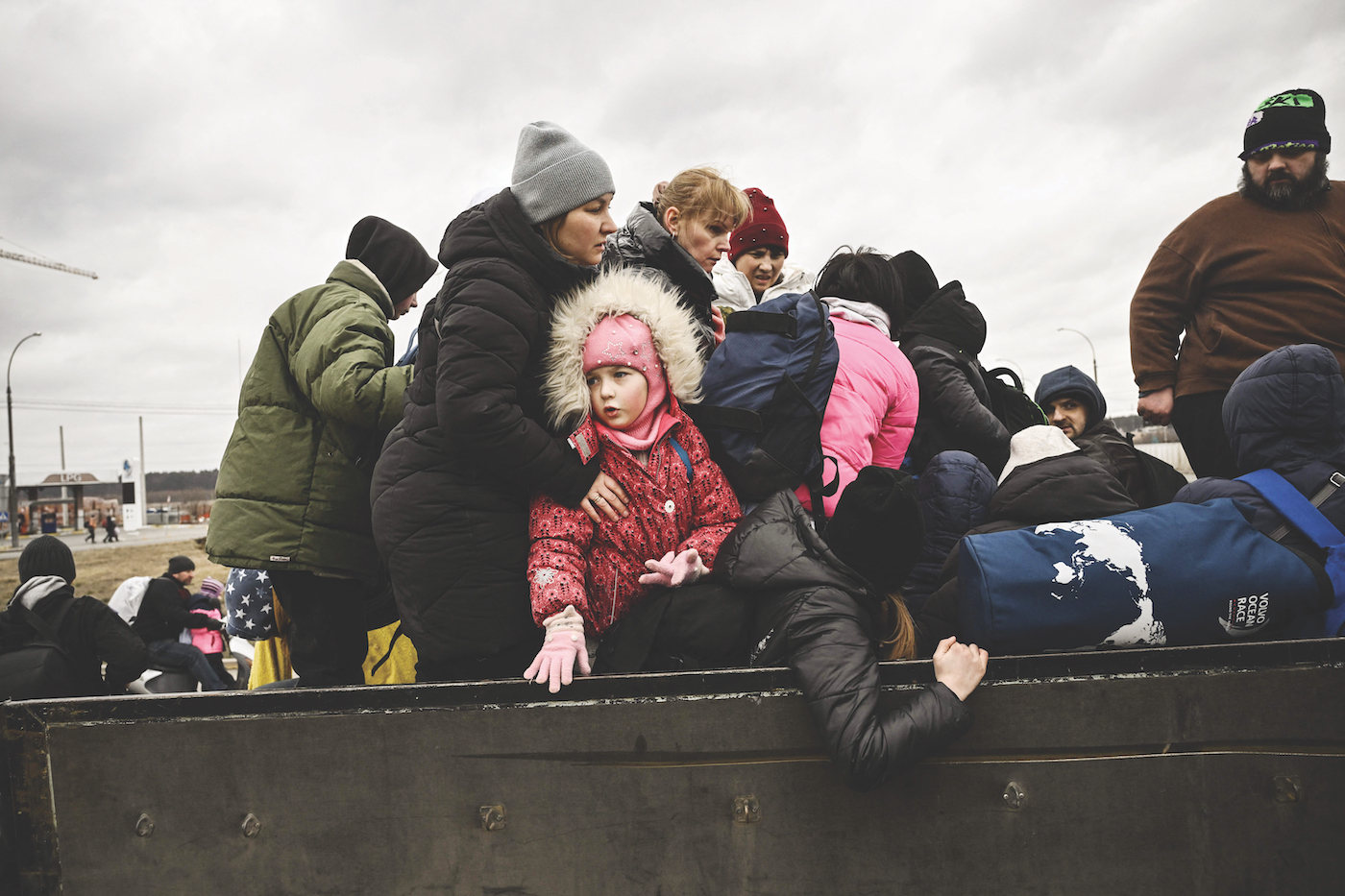 Civilians flee the city of Irpin, northwest of Kyiv, during heavy shelling and bombing on March 5, 2022, in Ukraine. © 2022 Aris Messinis/AFP via Getty Images

Multiple agencies could spend years tackling the human rights implications of each of these issues. But, for the staff at the San Francisco and Silicon Valley offices of Human Rights Watch (HRW), everything threatening human dignity and justice is on the table.

“People trust that we have done the research and have the facts,” says Jen Haile, City Director of Human Rights Watch San Francisco.

When presented with HRW’s fact-driven recommendations to improve human rights, many governments cooperate and improve. But when a country refuses, Human Rights Watch creates leverage by leaning on trading partners or nearby stakeholders to apply political pressure.

Human Rights Watch was founded in 1978 to monitor the Soviet Union’s compliance with the Helsinki Accords. Over 40 years later, some of the countries in the former Soviet Union are still a primary focus.

“We have been working in Ukraine for more than 30 years, however the ongoing conflict is requiring much more staff time and resources,” Haile says. “Our experts are working around the clock to document and expose human rights violations, which means raising emergency funds is essential to continue this work.”

In addition to the Russia/Ukraine conflict, the situation in Afghanistan has only gotten worse. “Women can’t leave their homes. Girls can’t go to school,” Haile says. “Anyone who has been an activist is not safe. It is a complete regression of human rights in Afghanistan the past year.”

Although the effects of war in Ukraine and Afghanistan have been in focus lately, Human Rights Watch is active in approximately 100 countries investigating a broad range of human rights issues. From the repression of the Rohingya in Myanmar, to the human rights implications of climate change and COVID-19, to the refugee crisis in Europe, Human Rights Watch makes an impact wherever they are.

Human Rights Watch investigates and reports on abuses happening in all corners of the world. To ensure our independence, we refuse government funding and carefully review all donations to ensure that they are consistent with our policies, mission, and values. We partner with organizations large and small across the globe to protect embattled activists and to help hold abusers to account and bring justice to victims.

I am incredibly proud to support Human Rights Watch. They are vital to lifting up human rights defenders around the world, giving voice to the voiceless, and bringing a powerful spotlight to atrocities that if left in the dark, would continue. The impact of Human Rights Watch fuels hope and gives those of us that call the Bay Area home a tangible way to support human rights everywhere and anywhere. It’s about more dignity in the world – that is what HRW’s work ultimately delivers.

Human Rights Watch is one of the world’s leading independent organizations dedicated to protecting the human rights of people around the world.

The nonprofit investigates and reports on human rights abuses globally. Advocacy is directed towards organizations, governments, businesses, armed groups, or anyone or anything else that has the power to enforce laws or develop policies and practices that uphold human rights.

All donations are used to support work in these areas and are carefully reviewed to ensure that they are consistent with the values and mission of the organization. In order to ensure unbiased and fact-based research, Human Rights Watch does not take funding from any government.