Protect Your Kids, Invest in Brady 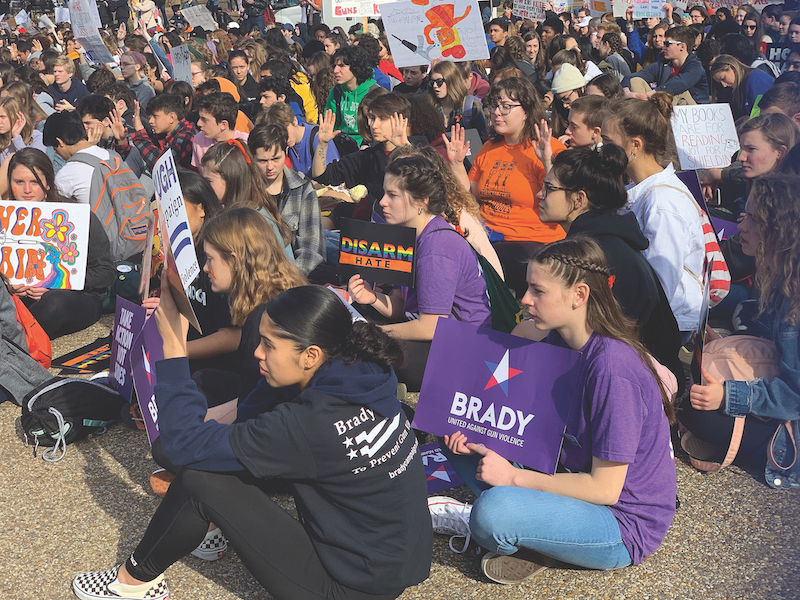 After the Buffalo and Uvalde mass shootings in May 2022, Brady's Team ENOUGH youth movement and fed up citizens across the country coordinated school walkouts and protests advocating for Congress to act on gun violence prevention.

In contemplating the scope and destruction wrought by gun violence, it is understandable to despair. But inaction won’t save your family and neighbors.

“We are fighting against this notion that the NRA wants everyone to believe, which is that this is hopeless,” says Kris Brown, president of Brady, a national leader in ending gun violence. “When I am asked, ‘Why should I get engaged? Why should I get involved?’ The answer is simple: there’s no other choice.”

Since 1974, Brady has enacted solutions through litigation, legislation, and educational efforts to give Americans hope in the face of a deepening crisis.

One key way Brady is saving lives is through its national PSA campaign, End Family Fire, which alerts gun owners that lives could be saved if firearms are stored safely.

Roughly 76% of school shooters, under the age of 18, used a gun from their home or the home of a relative or friend. And an unlocked gun in the home increases the risk of death from suicide by 300%.

Despite these harrowing statistics, 63% of Americans believe that guns make households safer and more than half of all gun owners store at least one gun without any locks or other safe storage measures.

With generous support, Brady leverages each donor dollar 5 to 1 with pro-bono advertising investment. Across all media platforms, Brady is able to target specific groups, such as Black teenage girls who are disproportionately affected by gun-inflicted suicide, to stop this preventable carnage.

Most importantly, 48% of gun owners who saw the ads changed how or where they keep their firearms and stored them in a safer manner – a critical first step to ending the ravages of gun violence.