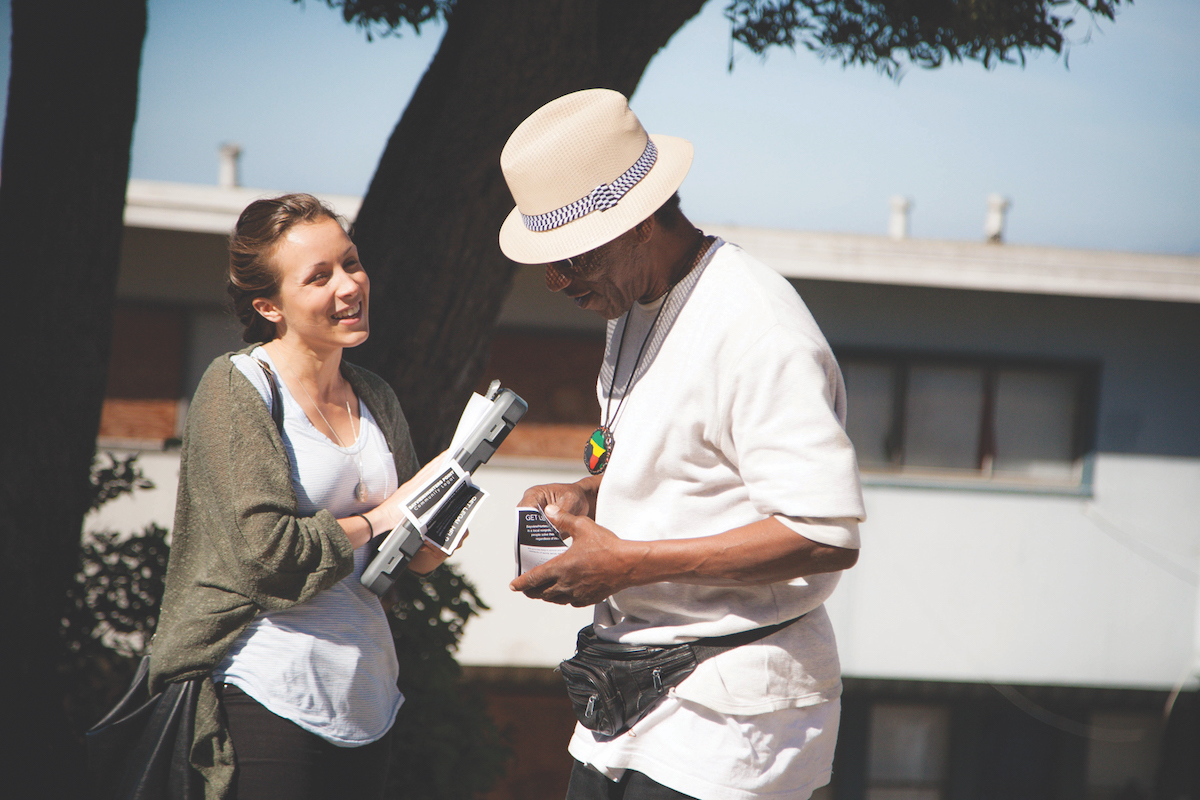 Legal aid is one of the most powerful and cost-effective ways to alleviate poverty. Just one of our cases costs around $2,500, compared to the almost $30,000 per person that San Francisco spends annually on housing and homeless services. In short, research suggests that legal aid is – dollar for dollar – the most cost-effective anti-poverty strategy that exists.

While Adrian Tirtanadi was working in community development, he came upon an idea: If everyone could access legal help, poverty would be dramatically reduced.

“We as a society don’t guarantee civil legal help to people who are low income, unlike every other developed country,” says Tirtanadi, executive director and co-founder of Open Door Legal. “Low-income communities of color are routinely stripped of assets.”

Across the U.S., low-income residents are often victims of wage theft, domestic abuse, and wrongful foreclosure, but don’t have the finances to challenge these injustices. In California, studies have found that foreclosures alone strip about $2.4 billion in wealth from low-income communities every year.

Realizing this, Tirtanadi decided to go to law school where he founded Open Door Legal. Today, the nonprofit employs 42 full-time staff who work in San Francisco’s Bayview, Excelsior, and Western Addition neighborhoods, connecting with residents in need where they live.

But Open Door Legal’s vision is to do more than provide help; it wants to change the legal system writ large.

“We’re pioneering the country’s first system of universal access to legal help,” Tirtanadi says. “What we are trying to build is similar to the general hospital for the medical system. It’s the provider of last resort to make sure everyone gets medical care. A similar institution does not exist in access to civil justice.”

Many of Open Door Legal’s clients come to them via word of mouth. One San Francisco resident, Claudia, found the group after she had been thrown out of her house by her abusive husband. She was living on the street separated from her two children. With the nonprofit’s help, Claudia was able to take back full ownership of her house, get sole custody, child support, and a divorce.

Tirtanadi says the cost to the nonprofit to represent her was $3,000, significantly less than it would have cost taxpayers for child protective services, homeless shelters, or emergency room visits if Open Door had not intervened.

Despite this victory, Tirtanadi says the need for free legal help continues to be overwhelming. Open Door Legal has worked with a resident in every fifth home in Bayview alone. About 95 percent of Open Door Legal’s clients are people of color and 75% earn less than $30,000 a year.

“What people don’t realize is the scale of the need. It’s like building the first well in the desert,” Tirtanadi says.

Open Door Legal is pioneering the country’s first system of universal access to civil legal representation. Our goal is to show that when everyone has access to the law, poverty will be dramatically reduced.

Over the next few years we plan to expand citywide, making San Francisco the first city in the country with universal access.  We also hope to become a model for national replication, and want to have a systemic impact on how we, as a society, ensure justice for the poor.

I felt like I did not have real rights. I came into court raw from trauma. I have a history of domestic violence with my ex-partner. He threatened me, said he would kill me, and broke my things. I tried to get a restraining order, but the judge denied it. It turned into a custody issue in family court for my daughter. Thank you for supporting us. Open Door Legal has been a life raft in a storm, and I was out in that water. I had a life jacket, but I needed a life raft. Because of ODL, I did not feel alone in this process.

As Open Door Legal is set to hit its 10-year anniversary in January 2023, the group is hoping to dramatically expand its operating budget.

It plans on raising $10 million over the next two years in order to open up three new offices in the Sunset, Mission, and Tenderloin neighborhoods and increase its full-time staff to 90. The growth would allow Open Door Legal to take on at least 2,000 cases per year – doubling its current capacity – and would put the nonprofit on track to work on 24,000 cases by the end of the next decade.

“Investing in us is investing in the system that will make San Francisco the first city with universal access to legal representation,” says Executive Director and Co-founder Adrian Tirtanadi.

“Our vision is to make San Francisco a model for the nation.”