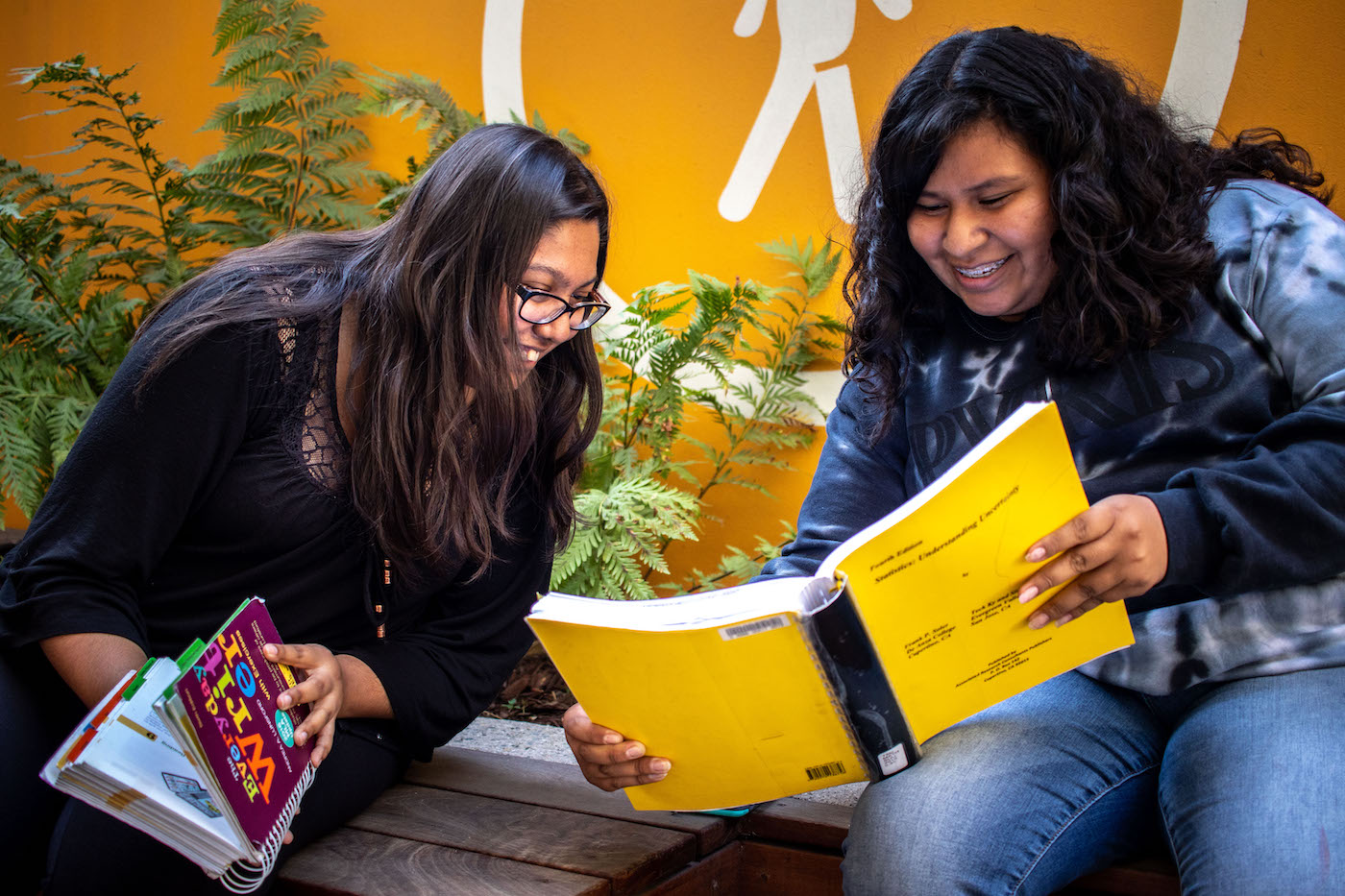 When the pandemic forced the world to go virtual, the team at Pivotal – a nonprofit offering long-term coaching, scholarships, internships, and more to help foster youth succeed – quickly found out just how deep the digital divide was for the young people it serves.

“We knew that young people didn’t have as much access to Wi-Fi and laptops as their peers outside of foster care,” says Pivotal’s Director of Coaching Programs Savonna Stender-Bondesson, “But during the pandemic, we saw the digital divide was a crater.”

Pivotal serves roughly 500 foster youth across Silicon Valley every year. Its goals are to help foster youth graduate high school and then get into and complete college, with an emphasis on creating and realizing career goals. A key component is long-term coaching that builds meaningful, long-lasting bonds of trust between Pivotal coaches and the young people it works with. Before the pandemic, the bulk of that important work happened in person.

When coaching went virtual, engagement between coaches and youth “fell off a cliff,” Stender-Bondesson says. Coaches sprung into action, she adds, finding creative ways to maintain the steadfast connections that are a hallmark of Pivotal’s groundbreaking approach. Sometimes that meant texting funny memes and videos.

“Literally, we were sending them hilarious TikTok videos,” Stender-Bondesson says. The young people would quickly reply over text, which meant they were more likely to pick up when one of Pivotal’s coaches called.

Memes aside, Pivotal takes coaching very seriously. The organization sees it as a primary driver to guide foster youth not only toward college and a good job, but maybe most importantly to feel confident.

“We work side-by-side, hand-in-hand with these young people, sometimes over a decade, until they feel they have achieved their educational and career goals,” Pivotal’s CEO Elise Cutini says.

The foster care system is regimented and by design proscriptive, leaving many young people feeling like they are always being told what to do and how to do it, Cutini says. But Pivotal’s coaches are focused on self-agency, supporting youth as they make the life choices that are best for them.

With Pivotal’s coaching, which starts as early as the 9th grade and is coupled with scholarships and internships, Pivotal scholars are 10 times more likely to graduate college than their peers in foster care. But this is just one piece of the puzzle. For Cutini, who has led the organization for 15 years and has seen thousands of young people succeed because of it, the fuller picture of organizational success hinges on seeing foster youths’ full potential actualized.

“Pivotal scholars prove that being in foster care doesn’t have to equal a lifetime of disappointment,” Cutini says. “We help them get there by making a long-term commitment to their success. We stick by them throughout high school, college, and into their careers, and help them get the life they want for themselves.”

Pivotal awards annual scholarships of up to $5,000 and $25,000 over the course of a scholar’s college journey.

Thanks to the generosity of Lisa and Matthew Sonsini, all donations up to $50,000 will be matched dollar-for-dollar. Give now at www.pivotalnow.org.

As a population, foster youth struggle to succeed in school and the workplace. In fact, 89% want to go to college but only 3% will earn their bachelor’s degree. No matter how you look at it, being in foster care is a tough road. Pivotal helps their dreams become a reality.

Like many other foster kids, I have been forced to live in what I call survival mode… We are so focused on trying to survive today that we forget about surviving tomorrow. And that is why my story without the help of Pivotal would be nothing but just a story. I know – to you – Pivotal may be just an organization. But to me and hundreds of kids, this is a family, a blessing. Here I found love, attention, someone to listen to me, someone that is there to guide me.