Ending Homelessness for Everyone It Touches 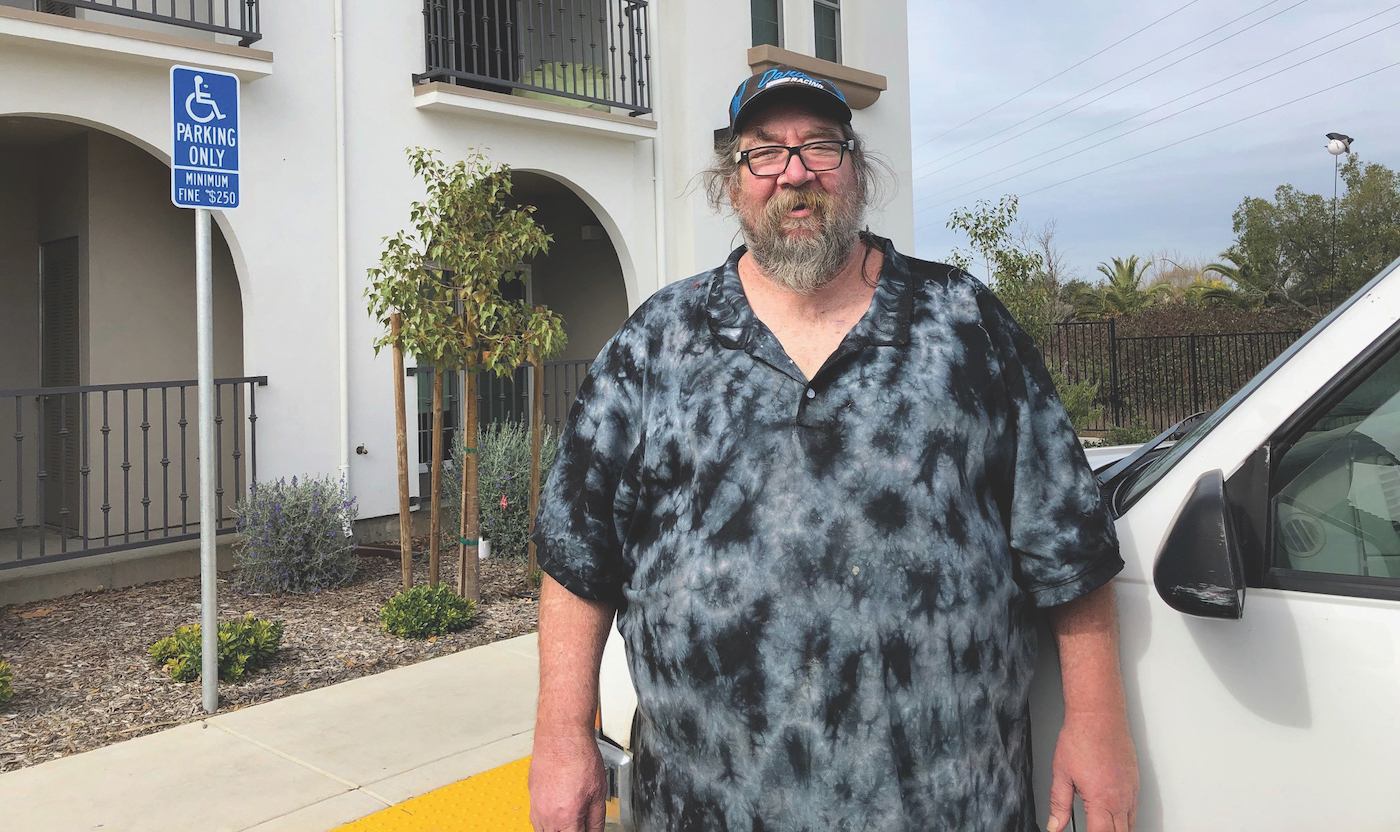 Out on the streets, Librado said his plans were “just to survive.” He worked full-time at a local electronics store until his sobriety faltered, leaving him without a job or a home.

At an emergency shelter run by Homeward Bound of Marin, Librado recalls staff members who listened to him and pushed to see him achieve some goals. Now he’s got his own apartment and helps others move past survival on the streets.

“This isn’t a path that I foresaw at all,” says Librado, who works with the Novato Police Department to visit local encampments and help people learn about housing options.

“I have a rapport with people because I was out on the streets. Homeward Bound helped me go forward.”

For nearly a half century, Homeward Bound of Marin has earned an outsized role in the lives of seniors, veterans, families, and others without homes in the county just north of San Francisco. In one of the priciest housing markets in the nation, nearly 500 residents live in their cars – a 91-percent increase from two years ago.

Based in Novato, Homeward Bound operates five shelter programs and 13 supportive housing programs for families, single adults, and people facing persistent mental illness. Construction of a rebuilt shelter and 32 more housing units will finish next year, just in time to begin work on a $12 million apartment complex for unhoused veterans.

“What we’re trying to do is end homelessness for every person and family we meet, to help them on their journey from homelessness to a home,” says Mary Kay Sweeney, the organization’s longtime executive director.

Tackling a housing crisis requires innovation. Homeward Bound, founded in 1974, was the first in the nation to launch a nonprofit IPO – an “immediate public opportunity” fundraiser. Its first “share” was sold to philanthropist Warren Buffett.

In 2012, Dylan Ghadiri was among the 60 people who graduate each year from the academy. He’d dreamed of being a baseball player, but falling grades kept him off the high school team. After being in and out of juvenile hall, he found Fresh Starts.

Today, he’s the executive sous chef at Charlie Palmer’s Dry Creek Kitchen in Healdsburg. One of his passions is handmade pasta, which he uses in recipes with fresh Wine Country flair.

“When I finished the Fresh Starts training, I knew that management would be one of my goals,” Ghadiri says. “At this point, I’m working to become an executive chef someday.”

Our mission of “opening doors to safety, dignity, hope and independence” is coupled with a vision that “everyone deserves a place to call home.” Founded with a single family shelter in 1974, Homeward Bound has evolved to become a leading force in ending homelessness in Marin County. Services include counseling, job training, and workshops on parenting, credit repair, money management and other life skills. Fresh Starts Culinary Academy forms the heart of our training program and ties closely to our social enterprise ventures.

My mom worked three jobs and we often counted on food banks. I always worked in restaurants since I was a teenager. Even when my husband and I had our own business, it helped stretch the budget with our kids. When the wildfires happened, everything shut down – my job disappeared. It was my chance to go to Fresh Starts Culinary Academy at Homeward Bound, which I knew about but I never had the time. Even though I had a lot of experience, there was so much that I gained. It was life-changing for me.

Building new apartments for 24 unhoused veterans in Novato is the latest campaign by Homeward Bound of Marin in its quest to end homelessness in Marin County.

That goal has never been more urgent, with the National Library of Medicine noting the average lifespan of an unhoused person is 17.5 years shorter than that of the general population.

“It just got to be real hard,” says Andrew, a veteran who received help from the organization. “If Homeward Bound wasn’t there, I probably wouldn’t be here anymore.”

With a gift of $1,860, you can provide a month of accommodation and support for a veteran, senior, or other individual facing the crisis of homelessness.

Your gift of $25,000 helps complete the new housing for veterans, with naming rights for one of 24 apartments scheduled to open in 2024.

Your gift of $1,000,000 includes the exclusive opportunity to name the veterans building.