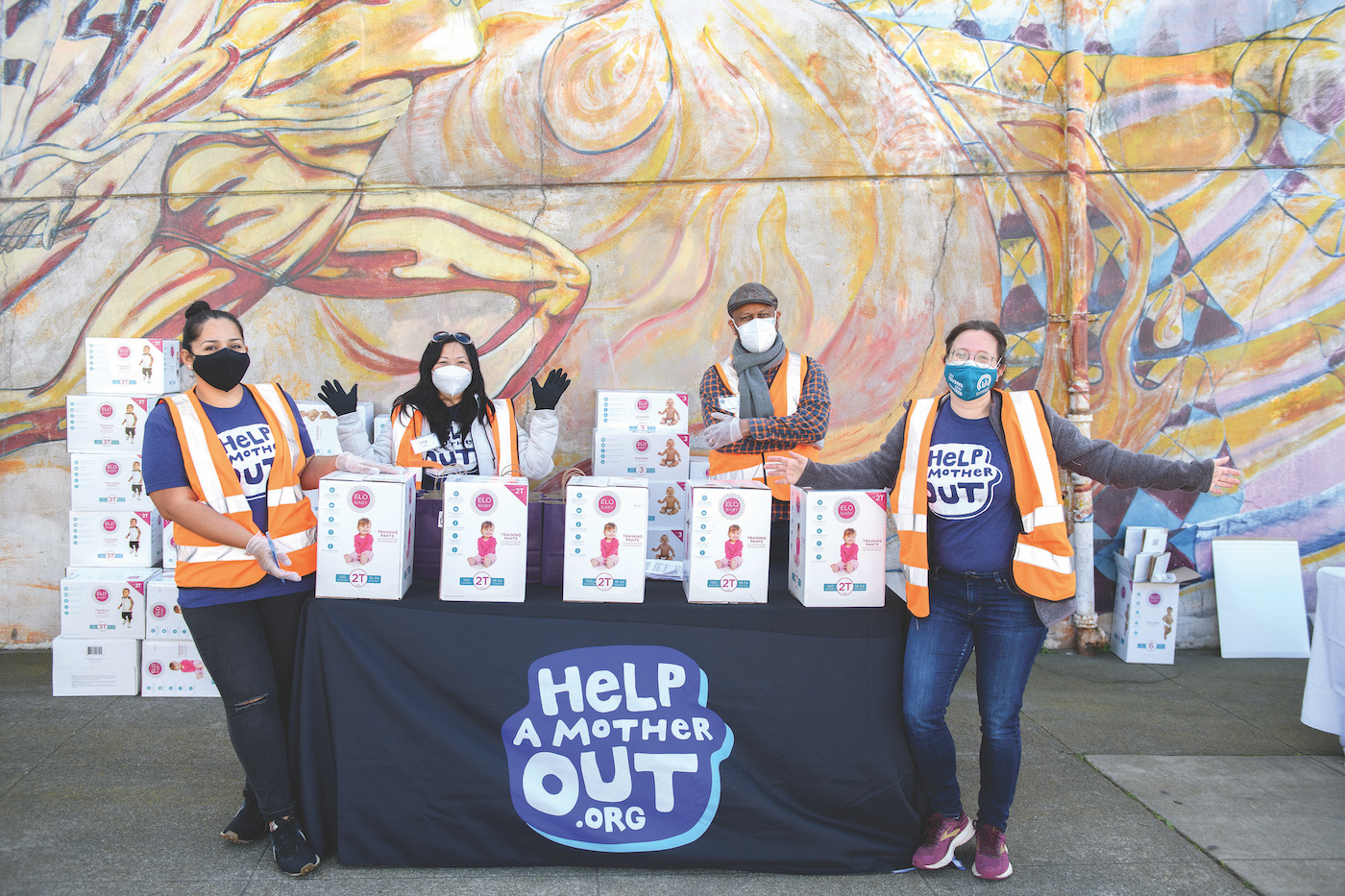 Lisa Truong was a new mom at home with her baby at the height of the Great Recession, when an Oprah segment caught her eye. It was a piece highlighting California families who’d fallen on hard times.

Truong’s heart went out to them: Financial crisis aside, new parents have more than enough on their plates as it is, as she very well knew. She resolved to take action and floated the idea of a community service project for Mother’s Day at a rare mom’s night out, a sushi dinner with friend and fellow mom Rachel Fudge.

The pair agreed to pull together a donation drive to support families struggling through economic hardship. Their research, though, led them away from clothing and baby gear – and toward the less popular items to donate for which need was greater. They learned that people rarely donate diapers, and that diapers are – amazingly – not included in public assistance programs like food stamps and the Special Supplemental Nutrition Program for Women, Infants, and Children, also known as WIC.

After the shock came another emotion.

“Then we got really mad, and decided we needed to build this organization.”

Help a Mother Out (“HAMO”) focuses on immediate needs and systems change. First, Truong says, “we get as many diapers as possible to families in need. Then, second, we advocate for diapers to be included in the social safety net.” Thus, Help a Mother Out was born.

Help a Mother Out crowdsourced 15,000 diapers from parent listservs, mommy blogs, social networks, and friends – pure grassroots – all in its first month of existence in 2009. And their next goal, just six years later in 2015, came to the fore when the organization established the San Francisco Diaper Bank, the first public diaper assistance program in the United States, in partnership with the city’s human services agency. Today, across all programs, HAMO serves over 6,000 families with diaper-age kids every month. A recent independent evaluation of their programs found that 98% of respondents feel happier and healthier after receiving a consistent supply of diapers for their baby.

Help a Mother Out hopes to continue expanding its programming within the region and beyond. “Diapers are a really small thing, but they can have a really big impact in the life of a baby and a family,” Truong says. Not just physical well-being, but social-emotional and mental health also hang in the balance, for both parent and baby. “Having diapers for your baby can be the difference that makes someone feel like they are doing a good job as a parent.”

Help a Mother Out

The cost of diapers has gone up 25-30% since the start of the pandemic, making it even harder for low-income families in the Bay Area to access them. Already families have to contend with astronomical rents and overall cost of living increases.

Karen is one of many mothers in the Bay Area who can’t afford to buy diapers for her baby girl. And the shame she feels as a result is at times overwhelming.

“A lot of people don’t understand how bad I feel when I don’t have enough money to buy a bag of diapers. I want to be able to provide for my daughter,” Karen says.

Even just $1 is enough for Help a Mother Out to provide one baby with enough diapers for a single day.

Help a Mother Out® works to improve baby and family well being by increasing access to diapers for families in need.

A family’s access to a reliable supply of clean diapers reduces the risk of infectious disease outbreaks, improves baby’s health and comfort, and enables baby’s participation in early care and education programs. Our vision is a day when every baby has a healthy supply of diapers.

I’m a single mom of beautiful twin boys. I am also a recent widow. When I was laid off from my job one month after my husband’s passing, I felt lost. I was hopeless. Then, two weeks ago, a friend introduced me to this program, and it offers so many services to me and my babies, including job assistance and enrollment in the diaper program. For the first time in a long time, I feel hope.