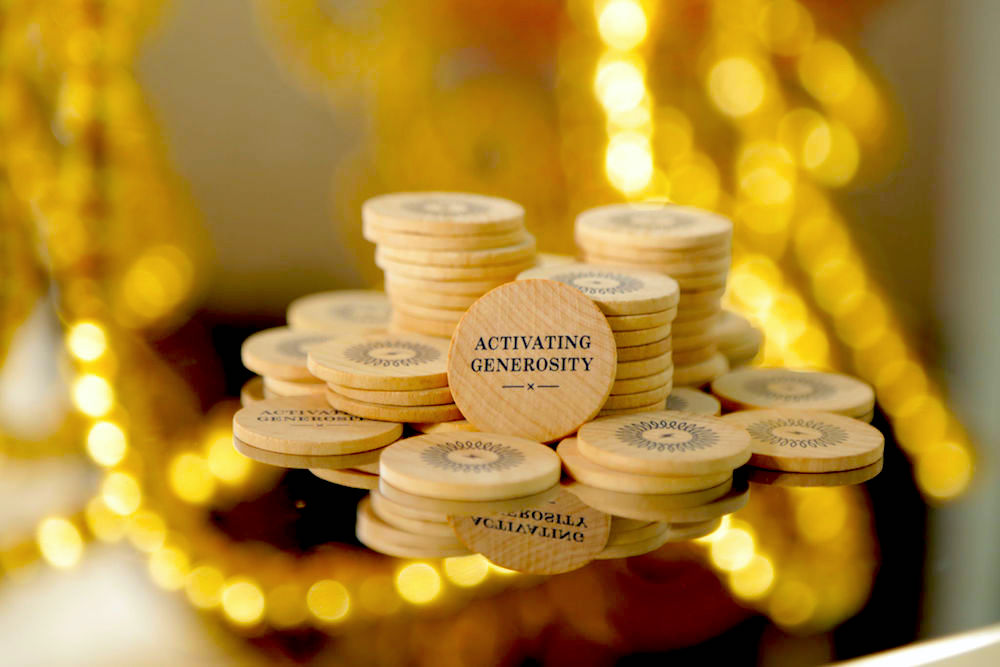 “Philanthropy shouldn’t be a lonely endeavor,” says Colleen Gregerson, executive director of Battery Powered. As Gregerson – a veteran philanthropy professional – sees it, the research and vetting that go into choosing where to donate shouldn’t be arduous and intimidating, especially for early philanthropists.

Why shouldn’t giving back to the community be, well, communal?

The Battery is a modern members-only club modeled after exclusive urban clubhouses of yore. It was established in 2013 by the tech entrepreneurs who founded social media site Bebo – and sold it to AOL. Developing Battery Powered, the club’s philanthropic wing, was always part of the founders’ plan.

Today, Battery Powered has roughly 500 members. As a body, these members select three issue areas to focus their collective giving towards each year, all backed by thorough, and shared, research and exploration. Since its founding in 2014, Battery Powered has granted more than $25 million to over 150 nonprofits.

The last cycle for 2021 focused on the Bay Area’s future in a time when the lasting economic impact of the pandemic is colliding with an increase in Bay Area families struggling to meet their most basic needs. The program begs: “How can we make the Bay Area a place of beauty, belonging, and opportunity for all?”

While its grantmaking approach is open-ended, Gregerson explains, the theme brings a focused response to the demands of the moment.

“Consider the industries that were most highly impacted by the pandemic, and that are absolutely crucial to the vibrancy of our communities,” she says. “That’s artists and cultural practitioners, small businesses and activists and organizers.”

Throughout the year, members are invited to submit names of organizations to support in a given theme. Six months of research by Gregerson and her team drove the selection of ten finalists under each theme. Gregerson and her team also offer members “volunteer days” where they conduct on-site visits with the projects they might choose to fund. On regularly scheduled “expert nights,” hosted at the Battery, members learn from expert presenters about areas of need related to each theme.

“Battery Powered endeavors to activate generosity among its members,” says Jamie Allison, a Battery Powered member and the executive director of a local philanthropic institution – the Walter & Elise Haas Fund. “I love being a part of a learning community with others who know that our actions – listening, learning, and giving together – can have real, long-term impact in peoples’ lives and on the planet.”

When the theme was public education, the famous education luminary Linda Darling-Hammond and a high schooler who sits on the SFUSD School Board sat side by side delivering their expertise. One key insight, Gregerson recalls, was the inextricable link between students’ overall mental and physical well-being with their ability to achieve academic excellence.

The goal is that, when it comes time for members to vote on where to send their donations, they all know enough to choose wisely. Battery Powered believes in the wisdom of a crowd – albeit a well-informed crowd.

“As a collective of individual donors, we can take different kinds of risks than many institutions are willing or able to make. This allows us to support organizations and leaders as they grapple with wicked problems, innovate around solutions, and scale their work.”

Three times a year, members take what they’ve learned and vote on where their dollars will go. In the process, they learn more than they’d ever thought to wonder about the issue at hand. They’re a diverse and heterodox community ranging from twenty-somethings to retirees, from an array of professional backgrounds. The themes can be timely and potentially contentious, yet members often discover in the end that they agree more than they disagree. It helps that Battery Powered members favor projects with tangible impact.

At Gregerson’s last job, running a large global health group, she once applied for Battery Powered funding – and wasn’t picked. Her pitch, Gregerson realized in retrospect, wasn’t focused enough on direct impacts. She takes pride in the story now: It speaks to Battery Powered members’ integrity.

“We truly believe that we are better together. Not only can our pooled resources support greater impact than each of us individually can, but our combined perspectives means we fund a rich tapestry of organizations that address issues from a variety of angles. Importantly, we are rapidly moving money into communities, investing in solutions now, not waiting until later.

“We are making joint decisions because we believe that together we can make better decisions and have a bigger impact. Our goal is to move assets and funding out into the community as quickly and efficiently as possible. What are we waiting for to solve these issues? Let’s invest in solutions now,” says Gregerson.

When Battery Powered elected to focus their giving on gun safety for a third of the year, members were divided about how to tackle such a contentious topic. Some wanted to donate primarily to policy organizations that would use their resources to lobby legislators. Others argued that their collective dollars would be better spent funding gun violence prevention work directly in communities. In the end, Gregerson says, a significant amount of the money they’d pooled for donations did go toward policy groups. But the largest award went to Faith in Action for its efforts in on-the-ground gun violence prevention. Faith in Action is a clergy-led organization embedded in communities where gun violence is endemic – and where religious congregations have the social capital to make a difference.

“Battery Powered members knew the real thing when they saw it,” Gregerson says.

When the overarching theme was addiction, members learned the power of hope and community – of overcoming shame – in the struggle for long-term recovery. Going into the learning sessions, everyone knew – at least passingly – how prevalent drug abuse and its ruinous effects are among the Bay Area’s unhoused. But by and large they didn’t know that recovery means so much more than abstinence. This experience allowed them to deepen their understanding of the world right outside their door.

During every funding cycle, Battery Powered pools between $3 and $4 million. This amounts to between $1 and $1.5 million to each of the three themes selected that year, a sum that rivals the giving of many medium-sized private foundations. But, Gregerson says, this is never enough to support all the worthy causes the initiative considers.

“We should not have so many shovel-ready projects go unfunded,” she says.

Ideally, more and more social clubs across California, and the cities of the world, will follow the Battery Powered lead, and take up their model of collective giving. For now, their membership in San Francisco can only grow… If you want to help, hey, join the club.

Battery Powered is the philanthropy program of The Battery SF. Together, members find & fund projects with a serious chance of making society stronger.

“Battery Powered creates a space for a diverse community to come together and really learn deeply about the issues that are all around us. We may not always agree but by learning together we can come together to make really meaningful grants to a portfolio of organizations.”